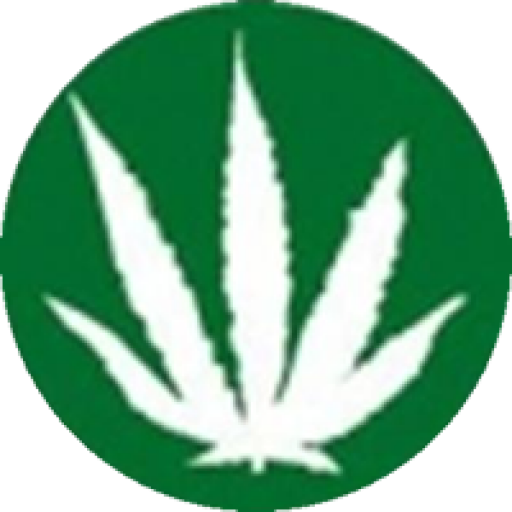 This strategy paper is presented in three parts.

New Zealand is often described or perceived as a very conservative place. Yet, in earlier times NZ had a reputation for leading the world, granting women the vote and passing a range of social legislation. More recently, we established ACC, adopted MMP and passed legislation on homosexual law reform, prostitution and civil unions.

After campaigning since 1979 for cannabis law reform, how close are we to success?

We need to assess what progress has been made, before we decide on what needs to be done now, to get law reform.

In the 1990s NORML focused on civil disobedience, with J Day’s, Court Support, the Revolutionary Tea Train and BustBusterBus tours. The introduction of MMP led to NORML activists setting up the ALCP in 1996. Another long term strategy was to convince MPs via submissions and F2F meetings to support law reform.  Another has been to give support to an umbrella group (CCLR) to draw in a wide spectrum of law reformers to campaign for law change.  All through, there have been efforts to change public opinion on cannabis, using the news media to question the merits of prohibition policies (with rallies, speaking tours, protests, media briefings and other means of attracting attention), and efforts to inspire and recruit users, especially young and keen users to become activists or campaigners – by providing high-quality material on a website, in web forums and in NORML News as well as holding J Days and similar events.  More recently, The Daktory strategy of “live like its legal”, with the vision of forcing the State to cave in to legalisation pressure, was tried.

Our activities have led to some successes:

So, what is the hold up? Why are we still waiting for cannabis law reform?

A possible reforming government in 2001 was never formed as the combined Labour+Greens tally was short of a workable majority.

In recent years, two strategies have been followed to apply pressure on Parliament, so that the resistance to change is broken down.

NORML NZ members have been involved in supporting both these strategies, and a huge effort has been made over many years to have them succeed.

Last election, NORML NZ tried campaigning to put drug law reform on the political agenda, proposing “safe, legal”, medicinal cannabis, treatment of use as “a health issue not a crime”, and calling for a “regulated, taxable market” for cannabis and other low-risk drugs.  In 2011, that campaign achieved very little traction despite the media interest in Dr Brash’s ideas! Cannabis law reform did not become an election issue.

The campaign was based on the idea that somehow, we need to get drug law reform, or even just cannabis law reform, on the political agenda. It was assumed that the news media would not do the job for us, and that visible public support for law reform would be needed before the main political parties would take up this controversial issue.

Public support and support from professional sectors (eg health) is vital to law reform. NORML should be active in the news media with credible spokespeople, willing to promote its policies for drug law reform.

The origin of our three core policy planks was a NORML activists meeting held in March 2011, in preparation for the 2011 election campaign. We knew we needed a highly focussed message if we were going to be pro-active in setting the agenda for drug law reform in New Zealand.

NORML has always been able to agree on what it is opposed to, but not always clear on what should replace the current Misuse of Drugs Act. Our submission leaflet for the 2010 Law Commission review offered 11 tick-boxes for 11 separate drug policies! We needed to reduce that to 3 or 4 simple policy principles.

The Whanganui workshop held 2 years ago assessed each of the following slogans in terms of its presumed appeal to a range of key “stakeholder” groups – young people; parents; the news media; Maori and so on:

We found that the activists present liked some slogans, such as “Freedom is NORML” but they recognised this slogan would have little appeal outside the committed NORML supporters. Some of the slogans seemed too cumbersome. Ultimately, the Board ended up using one of the slogans as the name of our 2011 NORML campaign “Too Many Smokers to Arrest”. Three other slogans emerged: “Safe, Legal Medicine”, which was not in the test list; “A Regulated Taxable Market”; and “It’s a Health Issue, not a Crime”. Placards, billboards and leaflets were used to drive the campaign home, especially at election meetings, televised debates and so on. These resources are still available for NORML campaigns and continue to be used.

In the USA, the money has been spent on winnable campaigns – and the MMJ issue has proven to be the most winnable, allowing development of more comprehensive reform campaigns in states where MMJ has become established.

Israel is a good example to promote, as there is fully regulated access arising partly from the large number (6000?) of ex-soldiers with Post Traumatic Stress Disorder (PTSD), many using cannabis. The strong military vote in Colorado State may have helped the vote there, too.

MMJ has about 65% support in New Zealand according to opinion polls. It needs a strong campaign in support, exposing the limitations of Sativex. NORML should involve other groups in an effort to get full hearings by the Select Committee on the MMJ petition of William Rea (eg. Auckland Greencross). Need people all over NZ to ask to be heard in their area. Need to find out the timetable under which the petition will be considered.

It’s a Health Issue, not a Crime.

It seems a paradox that cannabis use is treated as a crime but all questions about the law are referred to the associate health minister, Peter Dunne.

It is tempting to think Dunne should be the main target for NORML given his role in 2001. However, behind Dunne stands the whole government, of which he is just one member in a party with no other MPs. We should not over-rate his power.

A Regulated, Taxable Market (for cannabis and other low-risk drugs)

There are some hopeful signs that NORML can re-invent itself as a 21st Century organisation – call it “New NORML” or “iNORML”. There is a foundation to build on, but NORML needs to upgrade to make good use of its opportunities. The principles would be:

People join their local branch, or National NORML, or both. Joining a local branch does not automatically mean a person is a member of NORML New Zealand Inc, and vice versa. This is already standard practice.

Organised via local email groups and face-to-face (F2F) meetings. Some examples here are Otago NORML, Wellington and the emerging branches. We should be able to foster this development with help from the Facebook networks, Daktory etc, and with a clear programme for 2013-14 based on a well thought-out strategy.

Our strategy should be focused on making our support more visible, especially in the run up to the election next year, but does not require a cast of thousands.

Whatever strategy we adopt, we need a Board that is able to build up the organisation to achieve target goals. As the organization grows, we will spread the workload of national activities to non-Board members. Priority actions:

Feedback, suggestions and comments should be forwarded to
Phil Saxby: secretary@norml.org.nz