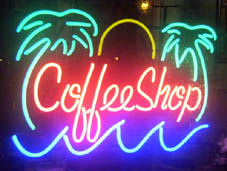 The Dutch constitution protects the right to “rush” so the use and possession of cannabis is not punishable, but contrary to appearances, coffeeshops are not actually legal in the Netherlands. They are tolerated, which means as long as they follow the rules the law against supply is not enforced. After thirty years of tolerating this blatant open dealing, the Dutch now have lower rates of using cannabis than the rest of Europe or New Zealand.

The coffeeshop policy has also achieved an excellent separation of the drug markets, with cannabis buyers no longer coming into contact with hard drug sellers, and this has put the Netherlands far ahead of the rest of the world with very low rates of hard drug use.

The Dutch are sensible and pragmatic, and say that society rests upon “pillars” of people and each, although different, supports society in their own way. If any are removed it weakens society as a whole. Dutch people recognise that cannabis consumers do not harm society in any way, so users are accepted and treated normally, although they don’t particularly like obnoxious tourists smoking up a storm in public. There are coffeeshops for that, and the Dutch social code of conduct says you’re supposed to use them. With that advice in mind I set out to visit as many coffeeshops as I could to sample their delectable delights, all in the name of research.

There are around 250 coffeeshops in Amsterdam and they cater to just about every taste. The better ones such as De Dampkring, Abraxas, Greenhouse and the Rockerij put a lot of effort into their decor, creating fantasy environments in which to while away the time. Better coffeeshops sell “over the scales”, meaning they sell exactly how much you want, and weigh it in front of you. This takes more time, so the tourist places that just want your money sell pre-bagged grass in fixed denominations, similar to a regular dealer.

Most tourists head for the red light area, which has the highest concentration of coffeeshops and is certainly worth visiting, but most coffeeshops there just want your money. Like McDonalds, the seats are not comfortable enough for you to want to stay long. As well as the tourist-orientated coffeeshops like the Grasshopper and the Bulldog, I would recommend heading to where the locals go, so look for ones named in Dutch instead of English; the prices and selection will be better, and you’ll get to sample some real Dutch culture. The Spui, Leidseplein and Waterloo areas are all nice, but get a map because you will get lost amongst all those canals. Everyone speaks English which makes life a lot easier when you’re really high.

There are also many smart shops and grow shops to check out. As well as advanced lighting and horticultural equipment, grow shops also sell cannabis seeds and you can smoke the end product in the store. Smart shops sell pipes, bongs, cannabis seeds, magic mushrooms and a huge variety of legal herbal highs, which are a much better alternative for someone who wants something other than cannabis than buying hard drugs off the street. The dosage is known and consistent, there is always a lot of information available and the stores are run by people who want to inform and educate their customers rather than rip them off.

Despite the neon signs, blatant open dealing, and freedom to choose your own drug, Amsterdam seemed a lot more civilised to me than Queen Street on a Friday night. There is certainly less public wastedness and much safer streets.

Just ten minutes by train from Amsterdam, the quiet town of Haarlem is providing a model example to the rest of the world of how coffeeshops can best be run.

Nol van Schaik runs Haarlem’s three Willie Wortel coffeeshops and Maruska der Blaauw the Global Hemp Museum. Together with Wernard Brunning, who opened the very first coffeeshop in 1972, they have started a coffeeshop training course. As soon as I heard, I knew I had to go.