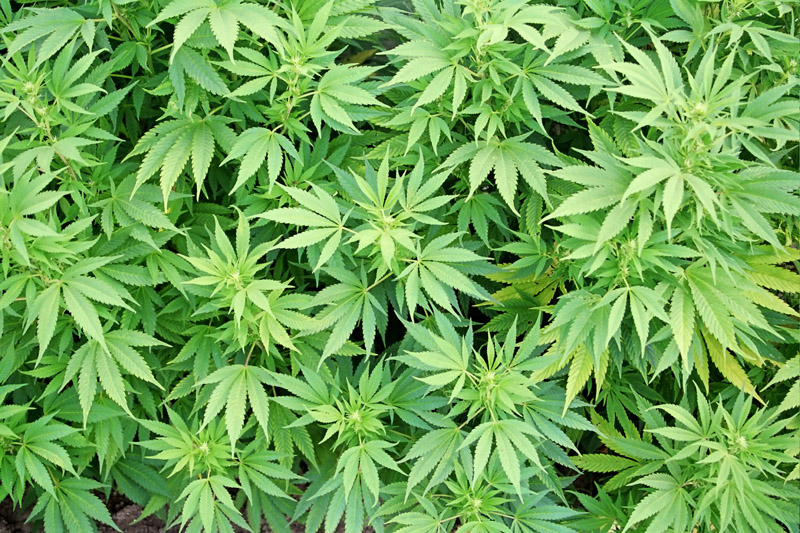 Official statistics from Auckland University’s Alcohol and Public Health Research Unit show half of New Zealanders aged 15-65 have tried cannabis, and one-in-six define themselves as regular users. That’s about 1.5 million ordinary Kiwis who have ignored the law and tried cannabis, and around 400,000 who continue to use it.

Many successful business and professional leaders — including many elected officials such as former Prime Minister Helen Clark, Opposition Leader Phil Goff and Associate Health Minister Peter Dunne — admit they have tried cannabis. Pot smoking is now normal. We should reflect this social reality in our laws, and put to rest the myth that cannabis smoking is a fringe or deviant activity engaged in only by the margins of society. Cannabis smokers are no different from their non-smoking peers, except for their cannabis use.

Why should we decriminalise or legalise cannabis?

As US President Jimmy Carter acknowledged: “Penalties against drug use should not be more damaging to an individual than the use of the drug itself. Nowhere is this more clear than in the laws against the possession of marijuana in private for personal use.”

Cannabis prohibition needlessly destroys the lives and careers of literally thousands of good people each year in this country. Around 12,000 people are arrested on cannabis charges every year, and more than 150,000 Kiwis now carry criminal records for cannabis offenses. The vast majority of these arrests are for simple possession, not supply or large-scale trafficking. This is a misapplication of the criminal sanction that invites government into areas of our private lives that are inappropriate and wastes valuable taxpayer resources that should be focused on serious and violent crime.

What about kids and cannabis?

Cannabis, like other drugs, is not for kids. There are many activities in our society that we permit adults to do, but forbid children, such as motorcycle riding, skydiving, signing contracts, getting married and drinking alcohol or smoking tobacco. However, we do not condone arresting adults who responsibly engage in these activities in order to dissuade our children from doing so. Nor can we justify arresting adult cannabis smokers on the grounds of sending a message to children. Our expectation and hope for young people is that they grow up to be responsible adults, and our obligation to them is to demonstrate what that means.

The NORML Board of Directors has adopted a set of principles called the “Principles of Responsible Cannabis Use,” and the first principle is “Cannabis consumption is for adults only; it is irresponsible to provide cannabis to children.”

Critics claim that cannabis is a “gateway drug.”

There is no conclusive evidence that the effects of cannabis are causally linked to the subsequent use of other illicit drugs. Preliminary animal studies alleging that cannabis use “primed” the brain for other drug-taking behavior have not been replicated, nor are they supported by epidemiological human data. Statistically, for every 104 Americans who have tried cannabis, there is only one regular user of cocaine, and less than one user of heroin. Cannabis is clearly a “terminus” rather than a gateway for the overwhelming majority of cannabis smokers. Almost all people first start with using alcohol and then tobacco, and then some try cannabis. Hardly any then try other drugs.

For those minority of cannabis smokers who do graduate to harder substances, it is cannabis prohibition — which forces users to associate with the illicit drug black market — rather than the use of cannabis itself, that often serves as a doorway to the world of hard drugs. The more users become integrated in an environment where, apart from cannabis, hard drugs can also be obtained, the greater the chances they will experiment with harder drugs.

In Holland, where politicians decided over 25 years ago to separate cannabis from the illicit drug market by permitting coffee shops all over the country to sell small amounts of cannabis to adults, individuals use cannabis and other drugs at rates about one-third that found in New Zealand.

Substantial research exists regarding cannabis and addiction. While the scientific community has yet to achieve full consensus on this matter, the majority of epidemiological and animal data demonstrate that the reinforcing properties of cannabis in humans is low in comparison to other drugs of abuse, including alcohol and nicotine. According to the US Institute of Medicine (IOM), fewer than one in 10 cannabis smokers become regular users of the drug, and most voluntary cease their use after 34 years of age. By comparison, 15 percent of alcohol consumers and 32 percent of tobacco smokers exhibit symptoms of drug dependence.

According to the IOM, observable cannabis withdrawal symptoms are rare and have only been identified under unique patient settings. These remain limited to adolescents in treatment facilities for substance abuse problems, and in a research setting where subjects were given cannabis or THC daily.

Compared with the profound physical syndrome of alcohol or heroin withdrawal, cannabis-related withdrawal symptoms are mild and subtle. Symptoms may include restlessness, irritability, mild agitation and sleep disruption. However, for the overwhelming majority of cannabis smokers, these symptoms are not severe enough to re-initiate their use of cannabis.

Don’t alcohol and tobacco use already cause enough damage to society?

While there are indeed health and societal problems due to the use of alcohol and nicotine, these negative consequences would be amplified if consumption of either substance were prohibited.

Cannabis is already the third most popular recreational drug in New Zealand, despite harsh laws against its use. Hundreds of thousands of New Zealanders smoke it responsibly. Our public policies should reflect this reality, not deny it.

In addition, cannabis is far less dangerous than alcohol or tobacco. It fails to inflict the types of serious health consequences these two legal drugs cause. Around 500 people die each year in New Zealand from acute alcohol poisoning. More than 5000 deaths each year are attributed to tobacco smoking. By comparison, cannabis is nontoxic and cannot cause death by overdose. According to the prestigious European medical journal, The Lancet, “The smoking of cannabis, even long-term, is not harmful to health. … It would be reasonable to judge cannabis as less of a threat … than alcohol or tobacco.”

No one is suggesting we encourage more drug use; simply that we stop arresting responsible cannabis smokers. In recent years, we have significantly reduced the prevalence of drunk driving and tobacco smoking. We have not achieved this by prohibiting the use of alcohol and tobacco or by targeting and arresting adults who use alcohol and tobacco responsibly, but through honest educational campaigns. We should apply these same principles to the responsible consumption of cannabis. Most of the negative consequences primarily associated with cannabis — such as an arrest or jail time — are the result of the criminal prohibition of cannabis, not the use of cannabis itself.