The Truth About Zinc and Drug Tests

The internet is teeming with claims regarding the use of zinc supplements as a strategy for thwarting drug tests. But is there any hard science to support these anecdotes? The answer is “yes” — and “no.” 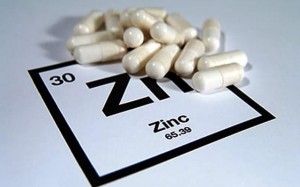 The most high-profile study substantiating these claims comes from the July/August 2011 edition of the Journal of Analytical Toxicology. The paper, entitled “Zinc Reduces the Detection of Cocaine, Methamphetamine, and THC By ELISA Urine Testing,” assessed subjects’ use of zinc sulfate and zinc supplements as methods to trigger false-negative test results. During phase I of the study, participants adulterated positive urine samples with a zinc sulfate additive. During phase II, participants self-administered 200 mg doses of oral zinc supplements shortly after engaging in marijuana smoking. Investigators at the City University of New York concluded that zinc was effective as both an adulterant and as an oral supplement at masking the presence of carboxy THC on conventional urine tests.

“These results argue that the consumption of zinc supplements taken orally after light marijuana use can interfere with the detection of THC [metabolites] in urine samples for a 12- to 18-hour period,” authors determined. “We [also] conclude that zinc ion is a potential adulterant in urine samples tested for drugs. … Its effect in causing potential false-negative results in drug testing is robust and reproducible.” They concluded, “[W]e are aware of no suitable test to determine zinc adulteration in urine and conclude that zinc supplements are effective at subverting routine drug testing and undetectable by standards means.”

Sounds like a silver bullet, right? Not so fast says a newer paper published in the same journal this past July. In that study, researchers at the University of Utah School of Medicine reported that although zinc worked as an adulterant, it was only effective at doses “5,000 times higher” than what would be typically found in a non-adulterated sample. They reported: “We investigated the potential interference of zinc used as a direct adulterant. … Our data indicate that the total zinc concentrations required to directly interfere with EMIT-based testing are easily distinguishable from routine random urine total concentrations.”

The University of Utah study also cast doubt on the notion that the consumption of oral zinc supplements can successfully trigger false-negative results for the presence of THC metabolites, stating “[O]ral ingestion of zinc does not produce total zinc concentrations [in urine] capable of direct interference.” This latter conclusion, however, appears to be somewhat theoretical. Unlike in the 2011 study, no participants in this trial engaged in any actual marijuana smoking. Rather, researchers based this determination on the premise that zinc self-administration failed to produce the supplement’s presence in urine at the quantities they believed to be necessary to interfere with a positive drug test result.

Finally, a to-be-published paper in the October 2013 issue of the American Journal of Clinical Pathology raises further questions regarding whether zinc additives are truly undetectable. Like the previous studies, it reaffirms that zinc adulterants can effectively invalidate a positive drug test result. But, unlike the studies before it, the trial’s authors acknowledge that two newly developed spot tests can rapidly identify the substance’s presence in urine.

Nonetheless, the internet rumors claiming that zinc may be an effective and clandestine tool for compromising drug detection ought not to be dismissed outright. First, most labs do not engage in spot testing for zinc, despite the development of newer technology allowing them to do so. Further, negative immunoassay samples are typically not analyzed further for the presence of less common adulterants or additives. In other words, even if zinc adulterated samples are “easily distinguishable” from non-adulterated samples, as claimed in the Utah study, lab testers would still have to engage in the time an effort to distinguish them — something that most technicians are unlikely to do on specimens that initially test negative for the presence of illicit substances. Finally, there still remains little evidence disputing the notion that self-administration of zinc supplements interferes with carboxy-THC detection since, to date, no study seeking replicating the methods employed by SUNY research team has been conducted. That said, however, the only proven method for passing a drug test remains abstinence and, ultimately, the best strategy for thwarting drug testing is legalizing marijuana so that its off-the-job consumption is no longer of concern for authorities or employers.

Paul Armentano is the deputy director of US NORML, the National Organization for the Reform of Marijuana Laws, and he is the co-author of the book Marijuana Is Safer: So Why Are We Driving People to Drink? This article was first published in High Times.