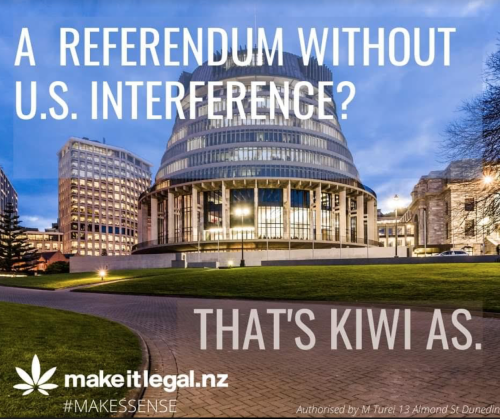 By Chris Fowlie – Originally published on The Daily Blog, July 5, 2020

Two cannabis referendum polls were released this week, with one putting Yes in the lead and the other showing the opposite, but both showing support for Yes tracking upwards.

Last Monday a poll released by Horizon had the Yes campaign in the lead, at 56 per cent intending to vote Yes compared to 42 per cent voting No. But TVNZ’s Colmar Brunton poll, released the same day, had Yes trailing at 40 per cent versus 49 per cent for No.

Crucially however, both polls had the Yes campaign tracking upwards. The trend is on our side.

The Horizon poll found stronger support from women compared to men, and young compared to Boomers. Green Party and ACT voters were most likely to vote Yes.

The Horizon poll also showed especially strong support for reform among Maori. This makes sense, as Maori have traditionally borne the worst of overzealous drug law enforcement and can also see the economic opportunities a positive referendum result would generate.

My reading of both polls is that, if anything, TVNZ’s Colmar poll is conservatively worded and may tend to produce a more conservative result. The opposite may be the case with Horizon’s poll, conducted for Helius Therapeutics, which holds a medicinal cannabis licence.

It is important to remember that neither poll asked the question that will be asked in the referendum (which will be: “Do you support the proposed Cannabis Legalisation and Control Bill?”). They asked their own, rather different, questions.

Every vote will count.

As I’ve been saying to anyone who would listen, whether or not you vote could make the difference. With polls evenly split, this gives folk stuck on the bottom, who tend to not vote, more power and influence than ever before.

My hunch is many non-voters would tend to vote Yes, if they voted this time. I suspect the Nope campaign knows this too. So watch out for provocateurs discouraging voting – “a waste of time”, “they’ll never do it”, “they’re so corrupt”, etc – and question who the act of not voting really helps.

In this case, at this election, with this referendum, deciding to not vote can only help the prohibitionists working for the No campaign.

With support among intending voters tied, not voting effectively means casting a vote for No.

Not voting increases the likelihood that prohibition will remain the law; that young and disadvantaged people will be unfairly targeted; that youth will be blighted by criminal convictions; that criminal justice approach will win over a health-based approach; that police will keep arresting thousands of New Zealanders. For ever.

That is the aim of those purveyors of spite, misinformation, and revisionist propaganda, the Say Nope to Dope campaign.

Fronted by Family First’s Bob McCroskie, it turns out the Nope campaign is actually backed by well-funded US lobbyists and the Church of Scientology.

The Daily Blog’s Martyn Bradbury has the story here (Cough, cough – like TDB pointed out, American Christian Right funding NZ referendum). I had been hearing the rumours all year.

TVNZ then reported our Government is rightfully concerned about foreign influence in our election process – namely, Uncle Sam telling Kiwis how to vote in the cannabis referendum.

Smart Approaches to Marijuana (or SAM) has been behind most of the unsuccessful US campaigns fighting cannabis law reform and trying to lock states into futilely continuing prohibition.

It turns out they are also behind the Say Nope to Dope campaign fronted by the awful Bob McCroskie.

Even National’s Shane Reti said he is “not enthusiastic for foreign interests to be interfering in domestic policy”.

It gets worse. Russell Brown has since discovered their Nope campaign is also backed by the Church of Scientology. Not just casual support – they are actively involved. Their front organisation’s website, Drug Free World Aotearoa-NZ, encourages visitors to book explanatory sessions with their counsellors / mind-control fanatics.

And even worse. Russell Brown also discovered former National Party drugs spokesperson Paula Bennett had called a public meeting in Auckland to discuss “drug reform” in February this year at which she handed out Scientology pamphlets to the audience. While Minister under the previous National Government, Paula Bennett also approved giving public money to Drug Free Ambassadors, another Scientology front, for 130,000 copies of an anti-drugs brainwashing booklet they distributed to New Zealand schools.

While officially denying any funding from overseas, it is obvious Say Nope has a large enough budget to run nationwide billboards for the past year, widespread internet ads, full page newspaper ads, and so on. I wish the Yes campaign had their level of funding!

These revelations came out after the two polls above were conducted, so the impact on support for Nope is not yet known. I’d be surprised if many people would knowingly associate with this lot now.

We have become aware that the more people know about the referendum’s proposed Bill, the more likely they are to vote Yes. If they do not know much about it, they are more likely to vote No.

Messages that resonate especially well with fence-sitters tend to emphasis the controls built into the referendum’s Bill. These include the R20 age limit, the ban on advertising and marketing, the controls on potency and produce types, limiting use to private spaces not in public, and that drug-driving will still be prohibited. Employers want assurance workplace safety issues won’t be affected (they won’t).

People also appreciate that medicinal access will be easier and cheaper when cannabis is properly legal, and that NZ’s version of legalisation will benefit local communities and promote participation by non-profits and social enterprises. There will be no Big Cannabis in New Zealand.

Our main task, therefore, is to simply increase awareness and understanding of the Bill and what it does, without needing to go hard convincing people it is right. They will come to that decision on their own.

You can help by talking to your family and friends – have that difficult conversation you’ve been putting off – and try setting a goal of getting at least one non-voter to enrol and vote Yes in the referendum. Remind them they can just vote for the referendum and don’t have to vote in the election too, if that’s what turns them off.

If we all convince at least one non-voter to vote Yes, we’ll win this comfortably.

Enrol at vote.nz. From this coming election, anyone aged over 18 can now enrol and vote right up to voting day, and on voting day itself. Voting booths will also be in places like Supermarkets, so it has never been easier to vote – and every vote will make a difference!

If you want to help more, make a donation to Make It Legal at Givealittle, and help the NZ Drug Foundation’s Yes On Our Terms campaign by making a donation here. They have just successfully fought off 50 complaints organised by Bob’s Nopers and now need your support to keep the Yes campaign ads running.

Chris Fowlie is the CEO of Zeacann Limited, a medicinal cannabis producer; co-founder of the New Zealand Medical Cannabis Council; president of the National Organisation for the Reform of Marijuana Laws NZ Inc; developer of the CHOISE model for cannabis social equity; co-founder of The Hempstore Aotearoa; resident expert for Marijuana Media on 95bFM; cannabis blogger for The Daily Blog, and court-recognised independent expert witness for cannabis. The opinions expressed here are his own.