When it comes to legalising medicinal cannabis, what would Helen Kelly do?

The Labour Government says it will introduce legislation within 100 days to legalise medicinal cannabis, but what does that actually mean, and would Helen Kelly approve?

By Chris Fowlie – originally published on The Daily Blog, 9 Dec 2017

The test of any proposed new law should be, “What would Helen Kelly want?” Hint: it’s not expensive pharmaceutical derivatives.

In case anyone needs reminding, this is what Helen said: 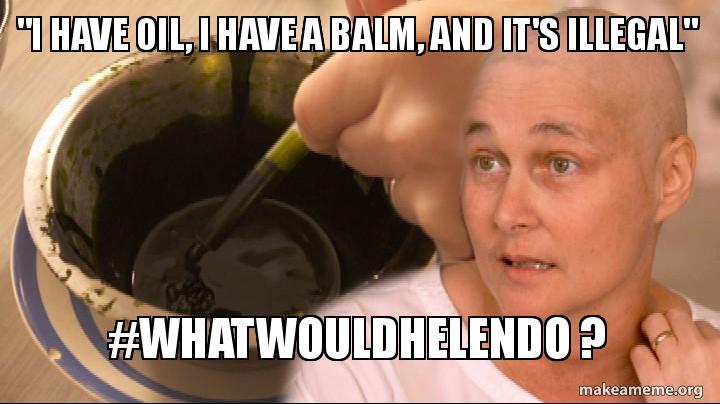 Helen was an outstanding champion of patient’s rights and of the effectiveness of simple, self-made cannabis oils and balms. She was advocating not for expensive pharmaceutical-grade cannabis products but for herbal tinctures and balms that can be easily and cheaply made by anyone.

Most people understand the term “medicinal cannabis” to include real botanical cannabis that is grown by the patient or their caregiver, not just expensive pharmaceutical derivatives.

I’m sure that’s what most people expect when they hear the Government will “legalise medicinal cannabis” – and polls show overwhelming public support for doing this.

According to UMR polling we conducted with Helen Kelly in 2016, 76 per cent agreed when asked“Should Parliament change the laws of New Zealand so that patients have safe legal access to affordable medicinal cannabis and cannabis products when prescribed by a licensed doctor?”

Interestingly, almost 4 out of 5 supporters of a strict approach that requires a doctor’s prescription would also support having medicinal cannabis sold as a herbal remedy. 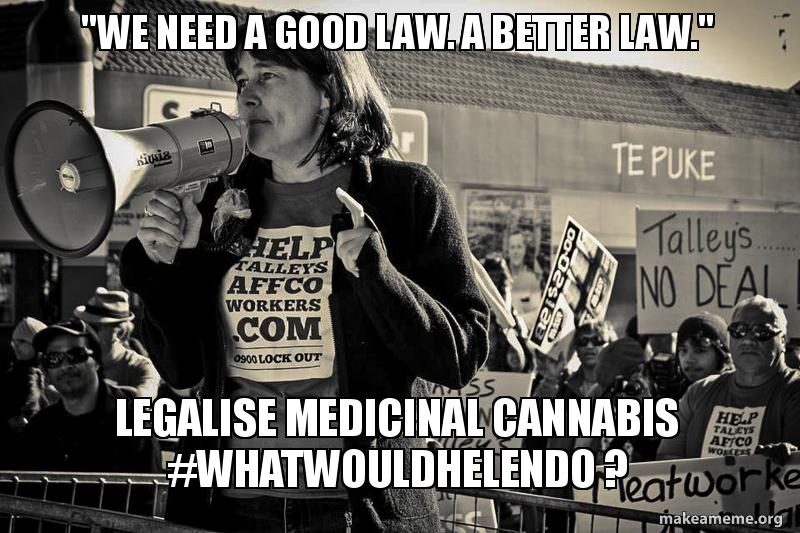 So how do we ensure the needs of patients are put first and we have legal, safe and affordable access to botanical cannabis?

For perhaps only the next two weeks we have a unique opportunity to shape this law change.

There is a need for urgent action as the window for policy decisions is pre-Xmas 2017 in order for Cabinet sign off and a Bill to be tabled by 4 February 2018 (this is the ‘100 Days’ deadline. Our next window to influence the Bill would be during the Select Committee stage, some time later in 2018).

We need to help and support Government MPs to be bold. We need to remind Labour MPs what Helen Kelly wanted. Despite huge public support including from Grey Power and other groups across the spectrum it seems we need to remind NZ First MPs of the public’s expectations (and also of the economic opportunities from domestic production, and breaking the link with meth, gangs and crime). We don’t need to work on Green MPs right now, as they are all fully committed to this.

The basis of this is to take a patient-focused approach, which is what Helen advocated.

These policy goals have been endorsed by leading figures in the medicinal cannabis lobby and we are working on reaching consensus with a wider group of influencers (including readers of The Daily Blog!). Our new campaign team includes former MPs and experienced campaigners from other NGOs.

To be successful we must advocate what is possible and do-able by the Government. They won’t put up a Bill that will lose or become a target for opposition attacks.

As a campaign, we must work effectively together with common purpose. While liaising with partner organisations to agree on key points, we must build an army of volunteers and activists who can carry our messages and support the Government to be bold.

All supporters of cannabis law reform are invited to join our ORC’s, or Organised Response Crew. Whether or not you want to be part of this group, it is important we engage in consistent messaging and follow best practice for campaigning.

Are you ready to help? Now is the time. Contact NORML and email your MP, especially those from Labour and NZ First, encouraging them to be bold and to put patients first.

It’s what Helen would have wanted. 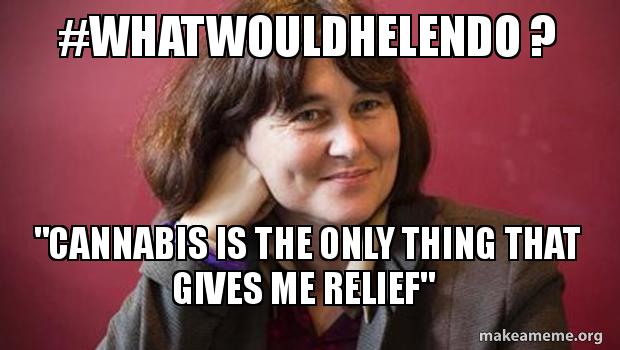 >> Share or create your own memes, using the hashtag #WhatWouldHelenDo