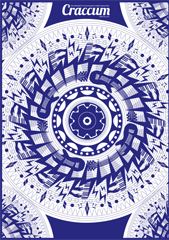 Drug Diaries – Moving It Forward, An Interview with Chris Fowlie

I sit in a small shop back room. A flowerless vase with dirty green water squats conspicuously in the corner. Music posters from the likes of Ragga Muffin and Katchafire litter the walls. The shelves house neat rows of stock. “I take it that’s not an actual air freshener?” I ask as I point to a ‘Vaporite Air Freshener’ box.

I try to suppress a rising grin. “Yeah. And are these… ‘vases’?”

“That’s right. And that’s the effect the law has: you can’t be honest and open, you can’t talk to people about their use, you can’t advise them on how to be healthier.”

I’m talking to Chris Fowlie, founder and manager of The Hemp Store, and president of the National Organisation for the Reform of Marijuana Laws, aka NORML. Despite possessing a tall stature and large frame, his manner and voice carry a boyish exuberance. He speaks confidently and rapidly, with a certain sharpness of response. Every so often, a wry smile creeps across his face.

And people do use. In our generation, 80% of people have tried cannabis by the age of 21. And that’s without even talking about our good friends alcohol, caffeine, and tobacco which (believe it or not) are also drugs. “If you’re not using one thing or another, unfortunately, you’re not actually normal. And that’s fine; you don’t have to use anything. [I’m] just saying, the law needs to catch up with the reality.”

The Hemp Store was started by Chris in 1996 as the official headquarters for NORML New Zealand. In the 90s there was a large NORML branch at the University of Auckland, but it is nowhere to be seen today. Student allowance cuts, smoking bans, and the 10 year boom and bust cycle of political activism are all to blame the branch’s decline, says Chris, but support is still prominent in the student population. “When you ask young people and students who are a bit more educated… there are massive amounts of support, but like society in general, it’s very quiet because people worry about their future and what could happen to them.”

“There are massive impediments to a rational discussion, and to the true level of support that’s out there being expressed. And what we hear is a very one- sided debate.” As soon as people express pro-drug reform views, they are labelled users. “It’s a bit like saying ‘I think… gay marriage [should be legal]’ – no one says, ‘You must be gay!’” Chris believes we need to stop accusing people of being self-interested, and raise the level of debate in the way that the gay marriage debate has been raised.

Chris is convinced that change is on the horizon. Elections next year may end the National party’s rule and bring in a government that is more open to drug law reform. The following year, the UN is set to review drug policy, and there is a “big push to drop prohibition as the official policy”, from people including Helen Clark, former New Zealand Prime Minister and current head of the United Nations Development Program.  That’s not to mention the recent legalisation by the American states Colorado and Washington. He even mentions Peter Dunne’s new legislation (which we looked at last week in Mark Carswell’s interview), and the possibility of including cannabis under that regime.

What about the traditional objections to cannabis law reform? One by one, I ask Chris about addiction, psychosis, and then, the “gateway drug” argument – the assertion that marijuana use makes people more likely to move onto more harmful drugs. Suddenly, what has been a rather amicable conversation turns sour. “It’s certainly not a gateway drug. That’s been long disproven, but it’s always brought up… the only reason it keeps getting brought up is because journalists keep bringing it up.” I’m a little taken aback, but can understand his frustration [eds – It is generally too difficult to prove or disprove the gateway argument. We are unwilling to take a blanket position on this]. Years of rebutting the same arguments would get to anyone, even with daily, cannabis-assisted stress relief. Chris wants the discussion to be moved forward from “why or why not” to “how”. “We need to just move the debate on and start talking about ‘How would legalisation actually work?’”

“Unfortunately the way it goes, certainly here in New Zealand, [is that] we seem to move in 10 year cycles [of push for law reform] and towards the end of that 10 years everyone’s really educated… and a few years go by… and everyone forgets the shit we just discussed and then we have to go through it all over again. And that’s our worry at the moment, is that we’re going to have to go through all the same discussion that we did 10 years ago”.

Here’s the thing. In order for cannabis law to be reformed in New Zealand, two things must happen. First, people must be re-educated. Chris himself acknowledges that people have forgotten what they have learned since the last big push for reform. In addition, most university-aged people weren’t even old enough to pay attention in the first place – the very group Chris says are important drivers of change. If NORML want the debate to move forward, they can’t get frustrated at people’s ignorance or oppositions, but must instead engage in patient and respectful discussion.

Secondly, people must actually care. Apathy has a strong grip on the New Zealand psyche, and it doesn’t help that many of us think that cannabis legalisation is, at best, only about freedom of choice, or at worst, the idealism of a minority group of hard-core stoners. Drug law reform is far more important than most people realise.

Prohibition ruins many more lives than cannabis itself. Our country has the highest cannabis arrest rate in the world, 50% higher than the United States. Every year thousands of people, whose only crime was to smoke a bit of weed, are prosecuted, convicted and imprisoned. Police operate on stereotypes, arresting males, youths and Maori disproportionately. Prohibition creates a black market, which funds gangs and fuels violent crime. People who need help with their drug use are too scared to seek it out, and if they do, it is often not available. Legalisation would bring in approximately $300 million in taxes (enough to undo last year’s student allowance cuts several times over) and free up police to go after real crime.

If you are interested in getting involved in NORML, go talk to Chris Fowlie at The Hemp Store on Victoria Street, or visit norml.org.nz.