Skip to content
About cannabis Law Reform Medicinal Use of Cannabis 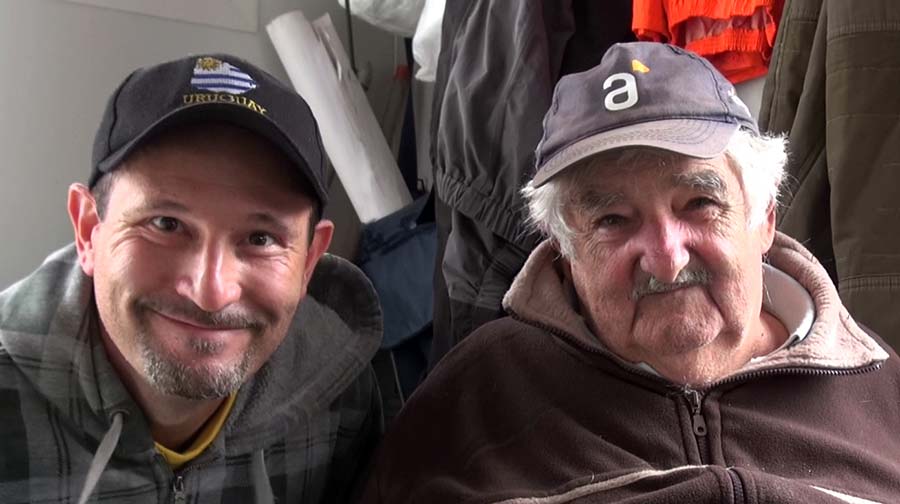 NORML is proud to sponsor the “Druglawed” documentary series. At the start of 2016, Druglawed director Arik Reiss traveled from New Zealand to Uruguay to obtain footage for the next installment of Druglawed, specifically to interview the former President José Mujica, who advocated for the legalisation of cannabis. In 2013 Mujica signed these reforms into law, making Uruguay the first country in the world with a legal cannabis market. The new laws allow for personal possession, use and cultivation of cannabis, as well as a model of club cultivation. The laws also provide for the production of cannabis by state-sanctioned farms, and the distribution of their crops through approved pharmacies.

I had intercepted José Mujica at the perfect moment. He was outside his ranch, which is where I had hoped to find him, and he seemed to have some time to spare. So he waved to me to follow him inside the guard house, where we sat down. The Secret Service agent on duty asked me for the list of questions I had to ask Mujica. I handed him my page of notes, he looked it over and nodded to Mujica, who was rolling a cigarette.The Economist named Uruguay Country of the Year in 2013, an accolade that had a lot to do with the rising nation’s then head of state, President José “Pepe” Mujica.

Known for his down-to-earth style and bold leadership, the 81-year-old leader possesses and practices characteristics that we could only wish other world leaders had, which has earned him a reputation as “the world’s poorest president.”

Living in a small, one-bedroom farm with his wife (who is a Senator), Mujica nine tenths of his salary to charity, leads by example in an age of austerity and has gained international respect for forging ahead with policies on cannabis legalisation, same-sex marriage and abortion, while opposing excessive consumption. 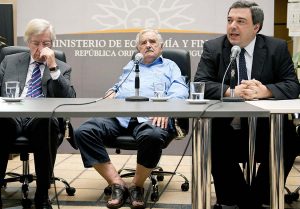 My first question was ¨How do we build a better society, with less materialism?” He became very animated in his denunciation of globalisation and all the waste it has generated. “Consumerism could be the final stage in human civilization, if we keep attacking nature. My definition of poor are those who need too much. Those who need too much are never satisfied. Consumerism makes us forgetting fundamental things to pursue trivialities that have nothing to do with happiness.”

I then asked him about his time in the Tupamaros, as a guerrilla fighting the government. He had killed a few policemen during his raids on banks and casinos to fund the resistance, been shot many times when he was captured and made many daring escapes. He was held captive for a total of thirteen years, two years of which he was confined in the bottom of a deep watering trough. Understandably, we did not want to answer any of these questions.

Next I turned my questions to his historic legalisation of cannabis. He tore into the War on Drugs, “All of the enforcement we’ve undertaken in the last 100 years against narcotics trafficking has increased crime and proliferated drugs. Is prohibition the right approach? “Clearly not!”

“Now we are under the international spotlight. Uruguay is a laboratory. Remember that one third of the prisoners in Uruguay are locked up for narcotic related crimes. We need to fix that. If we can’t experiment we are condemned to failure.”

Uruguay is a signatory to the same international drug control treaties that New Zealand  politicians continually cite as reasons why cannabis can never be legalised in New Zealand. When Mujica decided to break away from the UN treaties the UN Office of Drugs and Crime was up in arms, making numerous pronouncements against Uruguay’s policy shift and demanding in a letter that he change course, so I asked him how he responded. He says that he ignored them, explaining that in these matters the UN does not have much real power.

I then asked him about the school that was being constructed across the dirt road from his where his farm stands. Uruguay is a flat country covered in open plains, grass fields and patchwork farms. The new school is being built to advance the small producer “campesinos” who work the farms. He was the main drive behind the new facility, he told me. It was an agricultural college where locals could learn about best farming practices. From other sources I learned that part of the construction might be undertaken with hempcrete. We concluded the interview there. I said goodbye and cycled back to Montevideo.

Now the formidable task of editing hundreds of hours of footage lay ahead of me.

The Mujica interview will be presented in Druglawed 2. Support production by downloading Druglawed 1 for US$4.20 from druglawed.com.