NORML is proud to sponsor the “Druglawed” documentary series. At the start of 2016, Druglawed director Arik Reiss traveled from New Zealand to Uruguay to obtain footage for the next installment of Druglawed, specifically to interview the former President José Mujica, who advocated for the legalisation of cannabis. In 2013 Mujica signed these reforms into law, making Uruguay the first country in the world with a legal cannabis market. The new laws allow for personal possession, use and cultivation of cannabis, as well as a model of club cultivation. The laws also provide for the production of cannabis by state-sanctioned farms, and the distribution of their crops through approved pharmacies.

When I arrived in Uruguay in late December 2015 I had no plan worked out for how I would achieve my objective of securing an interview with the former President, José Mujica, for the sequel to the Druglawed documentary. As the first national leader to fully legalise cannabis it was vital to include him the film, and I had made a lot of people promises to feature him in the film when I crowdfunded the project. 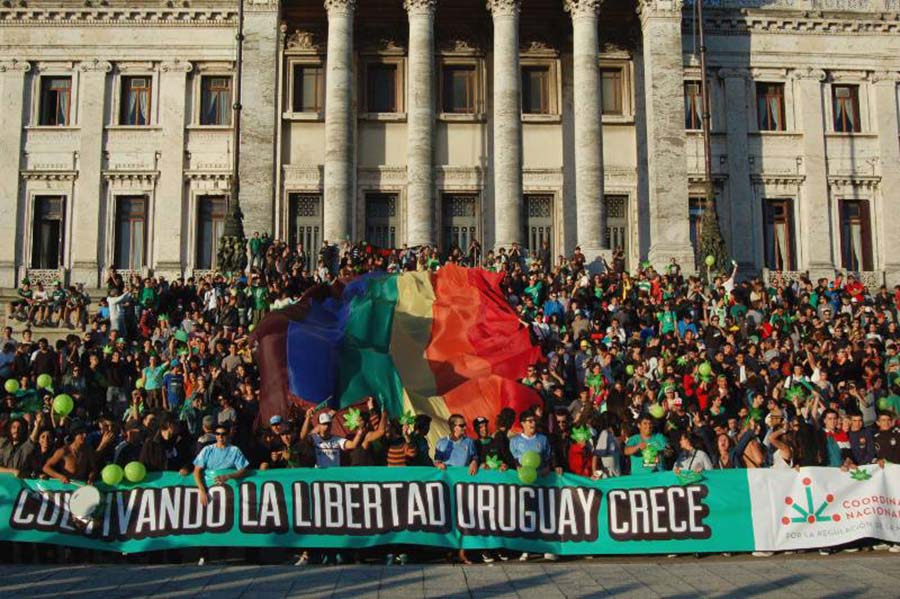 Uruguay is the only country in the world to fully legalise cannabis. This means that anywhere it is legal to smoke tobacco it is also permissible to consume cannabis openly. Possession of cannabis is completely legal, you can walk into a police station with an ounce in your hand without fear. Furthermore it is a small formality to register with the country’s regulatory board IRCCA (Institucion de Regulacion y Control del Cannabis) to be a personal cultivator (“autocultivador“) which means you are allowed to have as many plants as you like so long as you do not have more than six flowering at any given time. As long as you have your registration up to date you are not breaking any laws by growing cannabis plants – walking down the streets of Montevideo one will see plants on roof tops and window sills, and in the smaller towns like Piriapolis plants (some 12ft high) will be openly growing in people’s front yards. Cannabis clubs are also legal, a club can have up to 99 plants flowering at any time. I was granted entry into several clubs’ grow rooms and what I saw was highly advanced cultivation of exceptional quality plants. What this amounts to is a sensible way of allowing the people of Uruguay to produce cannabis and thereby weaken the hold of south America’s powerful “Narcos” on the small country. 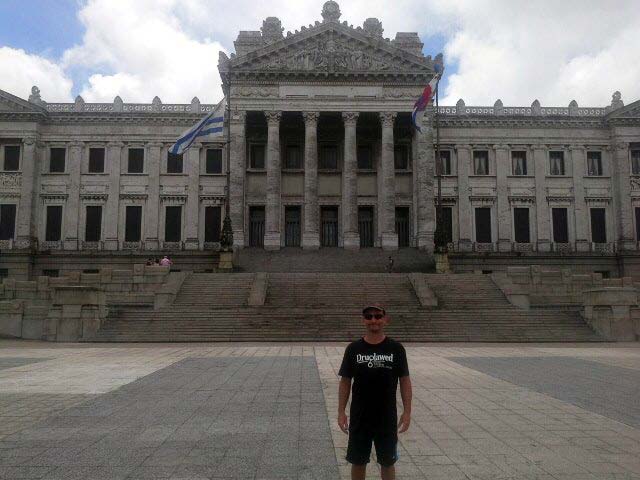 All this provided excellent footage for Druglawed 2, however I still needed to hook the big fish – an interview with the legendary revolutionary who had gone on to become president of the nation he had helped to liberate from dictatorship, José Mujica.

I had only one contact in the entire country, a small cannabis collective in the tiny beach town of Piriapolis whom I had contacted via facebook. Colectivo Cannabico was connected to friends of his, the famous authors Daniel Vidart and Alicia Castilla. After interviewing them in the town of Atlantida I asked if they could make an introduction, however they had not been in contact with Mujica in several years and so it was not possible for them to do so. I decided to travel to Montevideo to the head quarters of his political party MPP to see if they could provide a way of contacting him. They gave me his secretary’s email address. After forwarding my message to him, his secretary reported that he had no interest in participating in a New Zealand-based cannabis documentary production. I ran up against several other dead ends, following lead after lead, until I happened to encounter some young Argentine travelers who had met someone from Mujica’s village, and they had the address of his farm scribbled on a scrap of paper. I was not sure it was correct so I spent several weeks trying to cross-reference information to ascertain whether or not the address was accurate. Finally I decided to take the plunge and go to the place to see if it was indeed his home. I had heard he took walks early in the morning, so I left Montevideo on a bicycle at 4am in the morning to ride the 25 kilometers to his village on the outskirts of Montevideo hoping to intercept him outside his farm on his morning stroll. 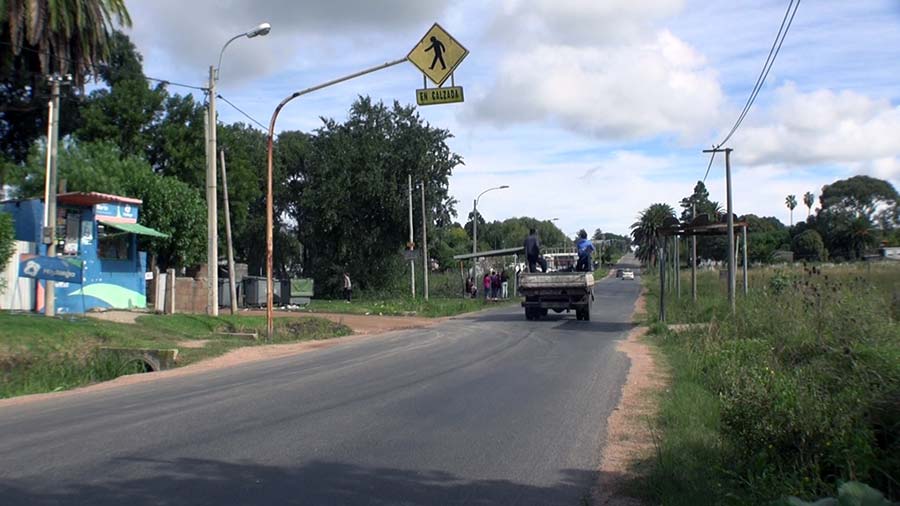 I arrived as the sun was coming up over the village. Kids (wearing lab coats, which is the typical school uniform in Uruguay) were on their way to classes. Horses were grazing by the sides of the potholed roads, something you see all over the country, even in the cities.

It took me several hours to pedal there and to identify the right back road in the farming community of Pajas Blancas. I knew I was in the right road when I saw a uniformed man standing outside a guardhouse opposite the gates of a small campesino ranch, he was the Uruguayan equivalent of a Secret Service agent, there to protect the ex-President (now Senator) Mujica. I had been told these his secret service detail was actually quite friendly and approachable, so I rode directly up to him and asked him if this was indeed the farm of José Mujica. He was certainly friendly and told me that Mujica was on a trade mission to Japan. He invited me into the guard house and sat me down in front of his computer where he showed me a government twitter feed of recent photos of Mujica in Japan. I asked when Mujica would be back, he said in two weeks. I rode back to Montevideo feeling denied, but at least I had found his small ramshackle house. 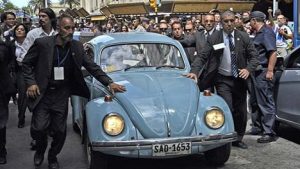 In two weeks I headed out again. This time as I turned the corner of the dirt road approach to his ranch I noticed that there was a hopeful sign outside his ranch – the famous 1979 blue VW Beetle that he had continued to use throughout his Presidency (refusing, as he did, the government limousine and residency in the opulent presidential palace). It was a different guard who was there, but the same story: Mujica was in Brasil this time, conducting trade negotiations, come back in two weeks.

This was becoming ridiculous, but two weeks later I cycled out to his ranch a third time. I pedaled down the muddy road and as I pulled up to the gates, a dusty, craggy 81 year old Jose Mujica stepped down from the driver seat of a red tractor parked next to the guard house.

“Hola, Señor! Soy documentalista, quiero hablar con usted, por favor.” (Hello, Sir. I am a documentary maker, I would like to speak with you please.)