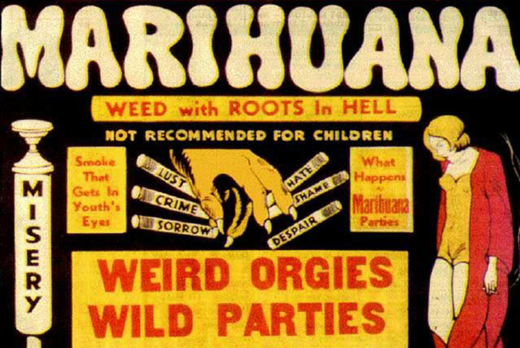 Turns out the sources cited by legalisation opponents are the same as anti-cannabis campaigners in the USA – and lack credibility.

This is from our friends at the Marijuana Policy Project – originally published here.

Opponents of replacing marijuana prohibition with sensible regulation frequently make claims that, at first blush, sound alarming. However, upon a closer examination, their key sources lack credibility and distort the truth.

Many of the scary-sounding statistics cited by opponents are found in reports published by the Rocky Mountain High Intensity Drug Trafficking Area (RMHIDTA). John Hudak, a senior fellow at the Brookings Institute, has publicly described RMHIDTA reports as “garbage” and noted that they are “notorious for using data out of context or drawing grand conclusions that data ultimately do not support.” Notably, RMHIDTA is funded by the Office of National Drug Control Policy (a.k.a. the “Drug Czar’s Office”), which is required by law to oppose the legalization of any Schedule I substance.

Read more: “RMHIDTA’s marijuana reports are nothing but propaganda”

The Centennial Institute’s report, which purports to show that legalization has imposed enormous costs on the state of Colorado, has been strongly criticized for its “laughably bad” methodology. Paul Danish, writing at Boulder Weekly, described the study as “a dog’s dinner of statistical scraps that run the gamut from misleading to dishonest, irrelevant and embarrassing.” For example, the bulk of the study’s cited costs of legalization in Colorado result from a supposed increase in drop out rates. In reality, teens’ cannabis use hasn’t increased and graduation rates are up.

(3) Tell Your Children, a book by novelist Alex Berenson

Like the propaganda film Reefer Madness, which was originally titled Tell Your Children, this book asserts that cannabis use causes mental illness and, therefore, violence. It has been strongly criticized by academic researchers for misrepresenting their conclusions and conflating correlation with causation. Medical professionals such as Dr. Aaron Carroll, a pediatrician, have helped inform this discussion by explaining the risks associated with cannabis use objectively and in context with the harms associated with alcohol and tobacco: “Both are more dangerous than marijuana, and it’s not even close.”