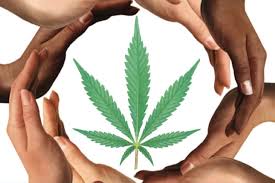 According to two polls this week, the cannabis referendum is in serious trouble. But they also provide clues for how to win.

TVNZ’s Colmar Brunton poll had support for making cannabis legal at 39%, versus 52% for the status quo. It’s a drop from two years ago. A Newshub/Reid Research poll was also concerning, with 42% saying they would vote Yes, but 48% would vote No.

The two polls were themselves a source of controversy, after showing very different levels of support for the political parties, but they are at least a wake-up call; a reminder that we have no room for complacency and a lot of work to do.

Just a few months ago it seemed a certainty.

How did we get here?

Complacency. Our side hasn’t begun to do much, partly because we don’t know yet what we’re supporting, but mostly because of the impression it’s going to pass without needing to do much.

Lack of leadership. Unfortunately, the government hasn’t done nearly enough to ensure it will pass. Policy development has been slow and secretive. The lack of public consultation and engagement has created an information vacuum, filled with misinformation and hysteria from the likes of Family First.

Lack of serious (or sane) opposition. Family First get so much coverage because the media can’t find anyone else to argue for continued prohibition. This has included their scaremongering about gummy bears and so-called “Big Cannabis”, which should have been easily predicted and shut down.

Eyes off the ball. It hasn’t helped that other issues have taken the focus of key Ministers. An amendment to the Misuse of Drugs Act, that will direct police to take a much needed health-based approach for all drugs, has perhaps spread fears the government is legalising everything.

Feeding concerns. The Government has presented a higher-than-expected age limit of 20 due to “knowing” the brain is still developing at 25. Buying into these Reefer Madness claims has given the opposition plenty of ammunition, even though it’s false. The Government seemingly tried to neutralise the issue of drug-impaired driving by announcing it will be consulted on ahead of the referendum (submissions close Friday 28 June), but it perhaps gave the impression of reinforcing the problem without presenting a clear solution. Some business maneuverings for medical cannabis may have also encouraged concerns of an impending “Big Cannabis” industry.

What can we learn, and how can we win?

The referendum will pass. We can pretty much guarantee it – if only because the Government has staked it’s future to the result by holding the referendum at the election, and binding itself to implementing the result (kind of). That means the question must be broadly supported and pass by a decent majority, not a razor-thin band of support. That’s also why the question itself is not yet formulated. It will be decided in the first half of next year. We have until then to move public support sufficiently so that the proposed model is the best it can be.

Compromise. We won’t get a model that everyone thinks is perfect. We can get a model that most people can live with. Be prepared to compromise and get behind whatever is proposed, even if it has elements you don’t like. Don’t let perfect get in the way of better.

Education is crucial. Start with those around you: work on common points of agreement, keep it light, give personal examples. But it’s really hard for anyone to drown out the deluge of anti-cannabis propaganda heard on mainstream media. The government has a role to play, and needs to start spending serious money on a public education campaign, like some of the $13.4 million set aside for the referendum in the Budget. It doesn’t need to take sides, but it does need to promote factual discourse, now.

Social equity. Recent successful campaigns led by progressive leaders in North America have had strong social equity elements, including setting aside tax revenues for expunging criminal records and reducing barriers for experienced providers to go legal. Illinois is setting aside some licenses for disadvantaged communities, and reinvesting tax revenues into those areas most affected by previous policies. This will be a key to winning here. People can put up with a lot if they know some good will come of it.

Social enterprises. The cabinet paper released by Andrew Little lacks detail over how cannabis will be provided. To be successful the referendum model must resolve concerns about commercialised markets held by conservatives, consumers who prefer home growing, and policy advocates who favour strict controls over marketing and availability. Liquor Licensing Trusts provide a model of sorts, but they lack transparency and are not especially popular among residents who live in those areas, nor must they compete with the illicit market. Retail could instead be run by a variety of social enterprises. These businesses would have social objectives, pay a levy on cannabis sales that would go into local community grants, and could have a Duty of Care to look after their customers.

Social clubs. There must be licensed premises for adults to consume safely in private, including apartment dwellers and tourists who would otherwise be directed to those who operate outside the law. But NZ’s recent history with legal highs and alcohol stores has turned many people off the prospect of cannabis stores on the High Street. Cannabis Social Clubs are usually run as non-profit clubs where members join together to provide for themselves, such as growing communally or having private social use space. If run well, they may keep more people happy.

In Uruguay consumers can legally access cannabis by growing their own, purchasing from a pharmacy, or joining a Cannabis Social Club. Applying that model to New Zealand could see adults over 20 allowed to grow their own, similar to home brewing; obtain a range of products from pharmacies or other retail that are run as social enterprises; while also having the option to form or join a Cannabis Social Club to grow and use socially and privately.

While a vote for Yes may not be truly binding, a No vote would be. Politicians would not touch cannabis law reform for another generation. That’s why we should be terrified at the result of these two local polls, and we need to discuss what policy would resolve the most concerns, be the most broadly supported, and would have the best chance of passing.

A model based on social equity, social enterprises and social clubs could be what it takes to win the cannabis referendum.

Chris Fowlie is the CEO of Zeacann Limited, a medicinal cannabis producer; serves on the executive of the New Zealand Medical Cannabis Council; is president of the National Organisation for the Reform of Marijuana Laws NZ Inc; a co-founder of The Hempstore Aotearoa; resident expert for Marijuana Media on 95bFM; blogger for The Daily Blog, and court-recognised independent expert witness for cannabis. The opinions expressed here are his own.