Skip to content
Medicinal Use of Cannabis Press releases

Patients, caregivers and supporters of safe legal access to natural affordable cannabis will march down Queen Street in Auckland, this Saturday 2nd September.

The Government’s recently announced changes for cannabidiol, a non-psychoactive ingredient of cannabis, will take effect the following Thursday 7th September.

March organisers believe the changes do not go far enough, and criminalisation remains an issue.

“Patients need easy, safe and affordable access to natural medical cannabis,” said Chris Fowlie of NORML NZ. “These are steps in the right direction, but it’sa herb anyone could grow at home.”

Auckland Patients Group leader Pearl Schomburg will call on the Police Commissioner, Mr Mike Bush, for a moratorium on medicinal cannabis patients and their supporters “until the unjust laws upholding cannabis prohibition are altered to reflect good science, medical studies and the will of the people as shown by numerous current polls.” 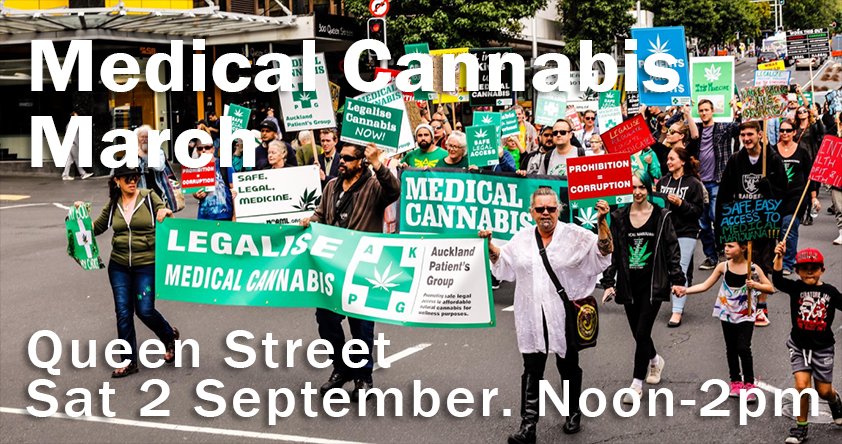 Presented by NORML NZ and Auckland Patient’s Group, this rally is part of our series of monthly rallies intended to raise awareness of medical cannabis, the plight of patients, and options for law reform. Previous rallies were held on 22 April, 1 July and 5 August 2017.